(May 19, 2018, Coulee City, WA) –  Chuck Cowan knows what it is like to stare death in the face. He also knows what it’s like to trample death with his horse and laugh about it. 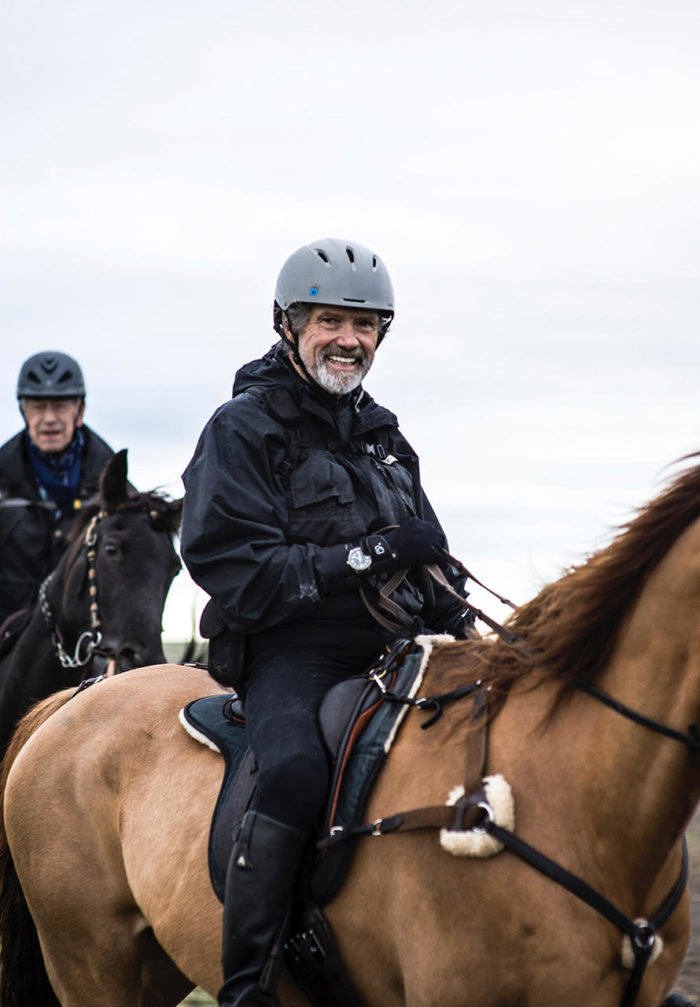 Just one year ago Chuck required an emergency evacuation from Grizzly Ride camp with life threatening internal bleeding. It was discovered that he had an aneurysm in a major artery that had ruptured into his stomach. He died. Twice.

In the months following Chuck lost over 25% of his body weight and had a true battle for his life. During that time, Chuck credits fellow endurance rider and nurse, Tani Bates, with helping him.

“She came and encouraged me every day and really helped me pull through.”

The endurance community didn’t expect to see Chuck again. From riding five-day fifties to not being able to walk from his easy chair to the bathroom, Chuck persevered.

“My goal on January 1 this year was to at least get on a horse,” said Chuck.

He made it out to the barn and could barely make it into the saddle. Four months later he made it to Prineville but had to pull after 25 miles because he was so weak.

This past Saturday, however, he did more than “at least get on a horse” and finished the 50 mile at Coyote Ridge with his Mustang/Quarter Horse, Blazer.

“Blazer is a multi-day specialist and Tevis Finisher. I love riding my veterans,” said Chuck, “They take care of me and get the job done.” Get the job done is a bit understated. The 21 year old veteran carried Chuck to a 14th place finish in the 50 with a time of 8:42.

Blazer has been with Chuck nearly his whole life, coming to his ranch as a two-year old. Chuck started and trained him himself and took him to his first endurance ride at age six.

“He’ll have a home with me forever,” said Chuck. As do all his horses that he’s raised on his ranch. 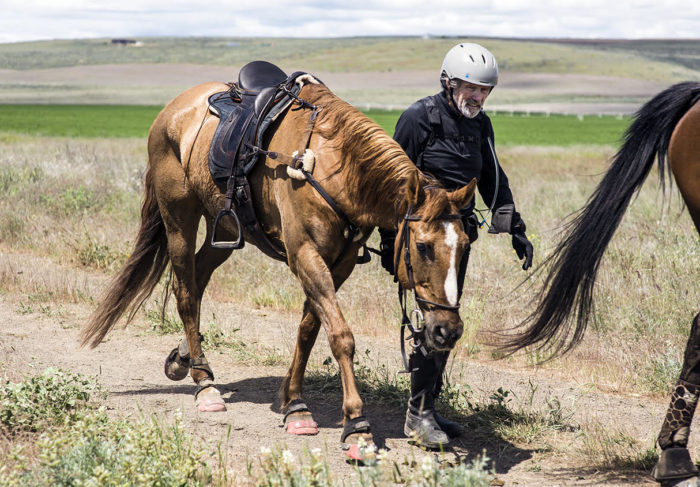 Chuck also had plenty of praise to heap upon the Ride Manager, Tiffany Buob, and overall EDRA ride experience.

“Tiffany provided an exceptionally well managed event…I was particularly impressed with the friendly, welcoming outreach to all the new folks and the education clinic Friday afternoon on the use and application of standing wraps to help preserve healthy legs for our horses post ride.”

“The trails were well marked through beautiful lake, canyon and farm country. Initially, I was concerned about the significant use of farm roads but it was a non-issue and actually provided ample opportunities for cantering. All in all, excellent experience.”

Chuck discovered the sport of endurance in an unconventional manner. While perusing the pages of a horse magazine on one of his many business flights, a friendly flight attendant handed him an endurance magazine and said, “here, read this.”

With his interest piqued, Chuck showed up at Klickitat with a horse and no idea what to do.

“Everyone was busy and I didn’t want to bother anyone,” Chuck recalls. “But when I came into camp, Marilyn rushed out and was so relieved to see me. I guess I was only supposed to take six hours but I was out there for seven or so just walking and trotting along by myself. Everyone had been worried sick about me. She sat me down and explained a few things I needed to know.”

But, as was the way of the time, that’s how you learned about endurance. You just went out there and did it.

Chuck credits the spirit of endurance with saving his life.

“Endurance, that’s our sport, but it’s also a mindset and a way of life. And once you blend that all together, you don’t quit. You just keep fighting.”

When you get weak or tired, you hang tough. And when you are at your lowest. You have friends pushing you to the finish.

Full results can be found here.