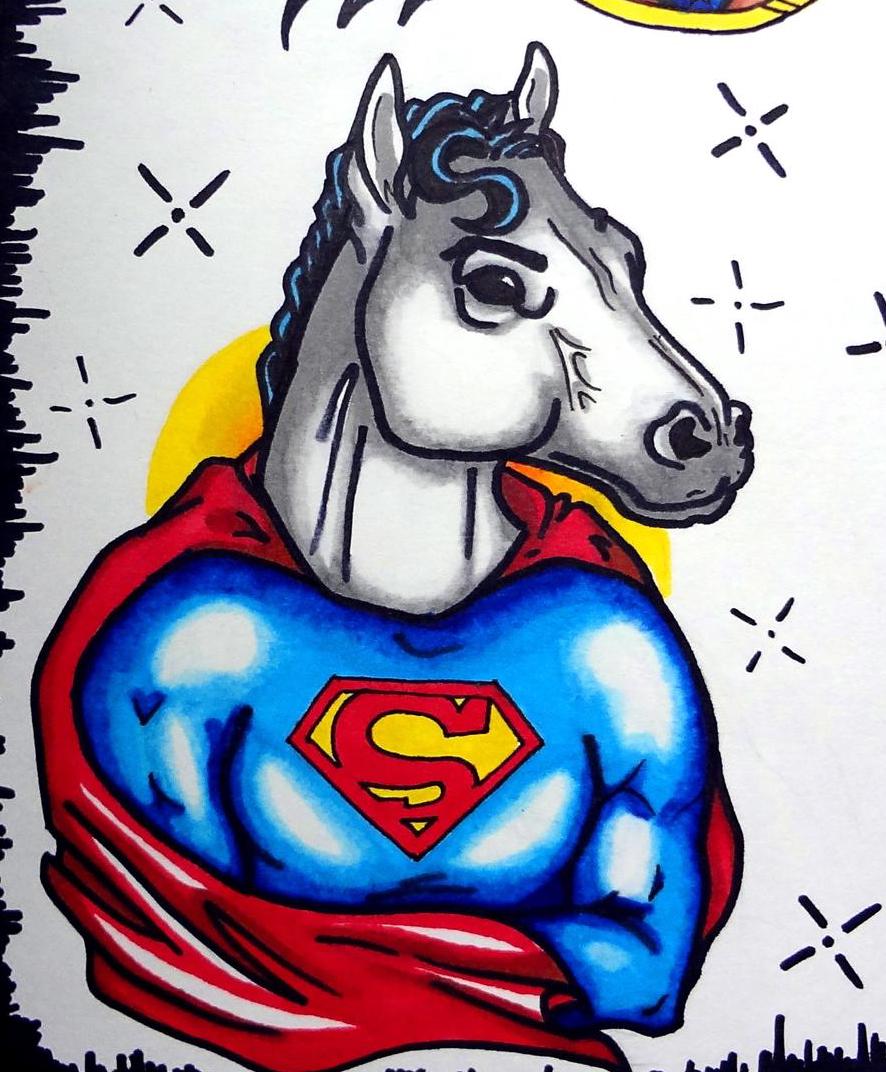 You Can’t be Superman Every Saturday

Jagger and I just finished another Scottsdale 100, our 3rd on this great trail. 100 miles is never easy but this year we seemed to have more than our share of challenges. It gave me lots of time to think on stuff as we rode. Guess the overall theme I come up with from this experience was how to think on the fly and overcome obstacles when things get sketchy on a distance ride.

A couple of titles came to mind, the first being something I often say: “you can’t be Superman every Saturday!” A really true statement. This distance thing is really, really demanding of our great horses and sometimes they struggle a bit. Horses get a bit tired, sore, lose mojo, shut down their eating or drinking or a bunch of other problems. I think what a rider does at those times and how their horse responds makes a great impact on their results. That 6th sense some riders have about their horse and their status at that moment is invaluable. The ability to make changes early before small problems become big ones is invaluable. By the time the vet tells you your horse is lame or has zero gut sounds, it may just be too late to salvage a good result.

The other title that loosely says the same thing that I considered was “any monkey can jam the gas pedal when their horse is having a great day!” What separates the monkeys from the skilled distance rider I think is their ability to adapt to what their horse is giving them that day and make adjustments as needed.

Anyway, on to our ride-

It became apparent pre ride that Jagger and I would be on riding alone this ride. That gave us a couple things working against us, ride camp was our home so we will have to leave many times solo from home- tough for any horse and really tough for a home boy like Jagger. The other part is Jagger is not always the hardest driving horse that really likes to ride in a group and a whole 100 miles solo could really test his motivation. I knew going in this wouldn’t be an easy day.

The first Hood loop in the dark we made good time. It got light and we got out on the second River loop and soon caught Kyla and Natalie riding the 50. Jagger was happy to have company and we stuck with them through that 20 mile loop and the next 15 mile loop. Kyla showed me some great skills dealing with her devilish black pony! Coming off that loop, my 3rd, Lora the vet mentioned the tiniest soreness in Jaggers back. For him a bit unusual so I decided to stick with my same saddle for now but use a thinner pad and take off the breast collar to allow the saddle to maybe ride just a bit different. This helped on the next 20 mile loop but I felt Jagger was still just a bit uncomfortable.

Got in at 70 miles and had Lora check back again, about the same so I swapped saddles before going out. Jagger seemed to be dragging a bit toward the end of the last loop so I decided to give him an extra hour to eat and recharge. The tack changes and a little extra rest really helped! Right away I felt Jagger was moving much more freely and comfortable with better motivation. I think staying tuned to him and trying different things really paid off here.

It got dark mid loop so we were looking at 20 plus miles finishing in the dark. As we shuffled along I took a little inventory. Jagger is:
-dead solid sound
-eating/drinking well
-has a little sore back but comfortable in the saddle we are using.
-he is a bit tired and lost motivation because of being alone and riding from home.

What to do? Time is not an issue so I can slow down – duh!
The hood loop which we are doing twice has a mid way water/alfalfa stop. I will take extra time there and at camp to get Jagger rested and refueled. We are downshifting! Remember I talked about that one trick monkey who could only mash the gas pedal? Well for me now is the time to mash the brakes and survive this thing!

We got into the 85 mile check at 8 o clock, Jagger all aces except tired- so was I! Going slow is tough duty. Anyway, it was dark as it was gonna get so I put Jagger in front of a pile of food and gave him an hour and a half to eat/rest. Gave me a chance for a much needed siesta too!

We got out on the last loop, took a good mid loop break and finished strong just before midnight. Been a long time since I took that long to finish a ride but it was a great day AND night. Jagger showed me lots of staying power and grit with the problems he worked through this ride.

Guess my motivation to write this is that like most anything in life there is much more to it than meets the eye. I tackled golf a bit last year, how hard can it be to hit that little ball? I discovered it can be damn hard to hit that little ball, the right direction anyway. I have said before that distance riding is more art than science and I think our Scottsdale 100 story supports that thought. Know your horse, ride your ride, use your noodle – think on the fly. All good mantras. The most important I think though? Never give up! It is these kinds of challenges that keep me interested in this distance thing. Well, that and the bond created by these incredible beasts that perform these incredible feats of ability and grit. For me the 100 mile ride is the pinnacle of distance riding that I am aiming every horse we bring along to master.

Get the inside scoop on distance riding tips and real life experience learned from our trail veterans.

Could not authenticate you.