Ride Photos from Trail Song Photography can be found here.

(April 21, 2018, Madras, OR) – The American Saddlebred brigade descended upon Madras, Oregon Saturday, April 21, 2018 for Grizzly Mountain Endurance ride. It would have been hard not to notice some of these flashy, high-headed horses as some, like Velveteer, brought that same presence he had in the show ring to the trail. 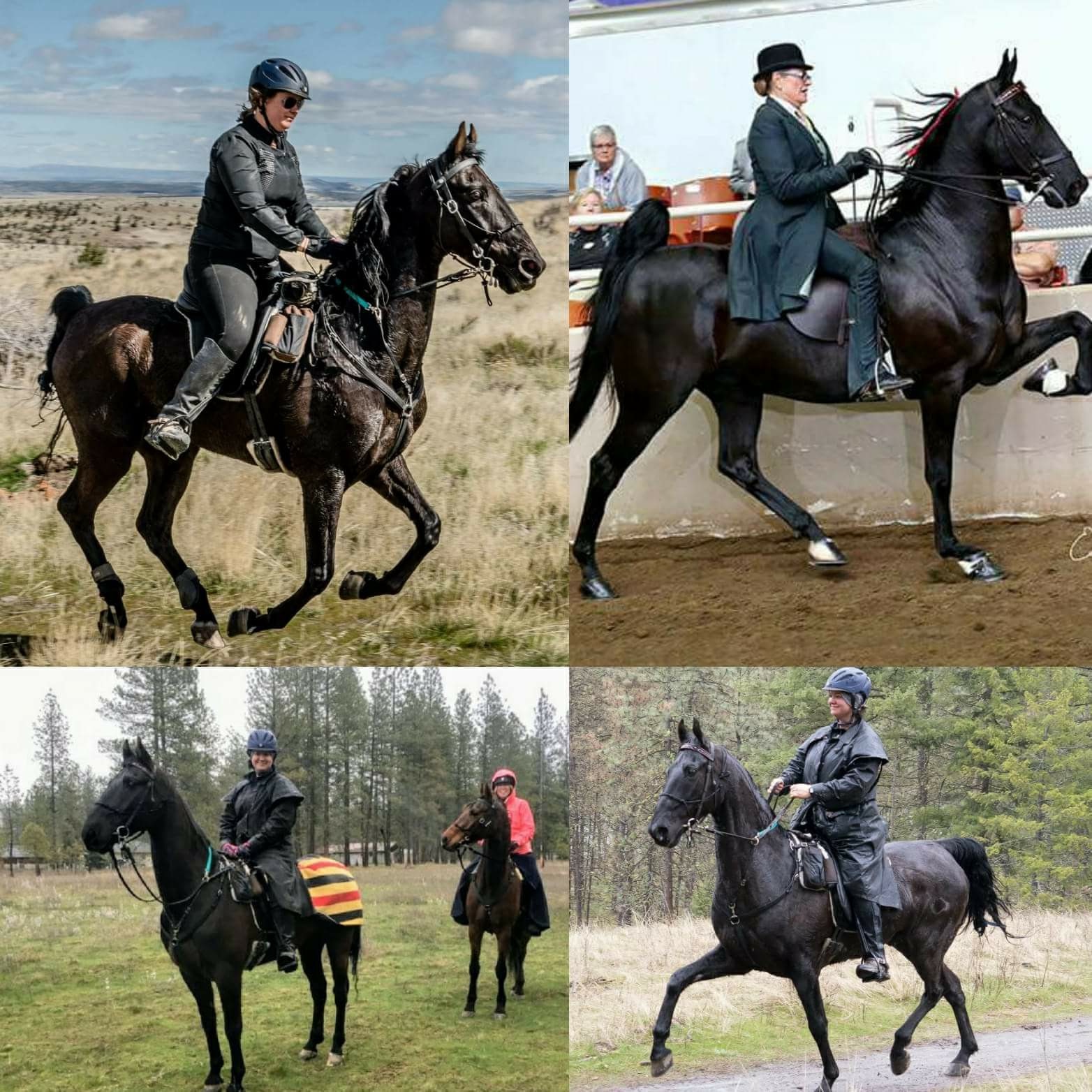 “I rode the black horse Velveteer in his very first 50! He was spectacular, pulsed in immediately, ate, drank and was much more mannerly than last ride for the pulsers and vets,” Shelah said. Last ride was Crazy Daze just two weeks prior. Velveteer was her mom, Pam Heiman’s, show horse and was just started on trails in October.

Pam Heiman’s breeding program has been producing American Saddlebreds for the past 30 years that have been carefully chosen for athleticism, versatility and beauty. All of those qualities can be seen in the dozen or so Saddlebreds who are now in endurance homes making their way to rides all over the Northwest. Shelah trains Saddlebreds professionally in Deer Park, Washington and is no stranger to the show ring or the trails.

Some others in the endurance community were also trying something new at Grizzly, with mixed results.

Erika Floyd and her “little red Ferrari” Tessa did the 25 – only the second distance ride together.

“Work got in the way last year. We conditioned all year and then she sat in the pasture for the winter.” Erika said. “I am incorporating more rest and more slow work than I did last year. A lot more dressage exercises rather than just focusing on the endurance aspect. I trailer once a week and do a long ride.”

“It was an experiment to see what of those slow, calm lessons translated to ride day. We tested it the day before and she walked on a loose rein.”

However, that didn’t carry over to race morning with the little red Ferrari revved up and hot to go. Her antics caused Erika to sprain her ankle in the first mile and then dismount in subsequent miles and run along her until she settled.

“I was frustrated and mad at her so I decided to put my energy into running instead,” said Erika. “She was a powerhouse headed down the trail 10 – 11 mph on the second loop.” 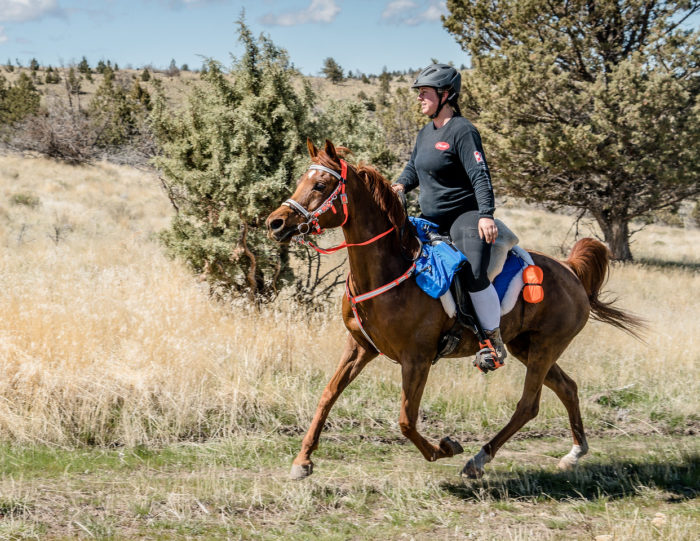 But Erika loves her redheaded, opinionated mare and plans to do more 25s to practice leaving camp and condition the brain.

Ann Szolas and her Paint gelding Tezeros Stormy aka Indy learned a lesson in overthinking that resulting in a disappointing pull in the 50 – their first pull since the team started endurance six years ago.

Trying to accommodate some lingering scabs from a bout of cellulitis he had earlier this year, Ann made the decisions to try Grizzly with glue-ons – which Indy had never worn before. The change in footwear and lack of protective pads led to Ann opting to pull when he came in slightly off at the vet check.

“I changed it, and you never change anything for a ride!” She said. “The scab ended up being such a non-issue and I was kicking myself for doing the number one no-no.”

“I love him too much to risk anything. He is sound in the pasture, happy and healthy so that is all that matters to me!” said Ann. She adds that the ride was awesomely run and she sounds nearly as happy as Indy in his pasture.

“Next ride, I’m going to do everything exactly as I have been.”

For a view of the ride compliments of Alexis Berryman’s helment cam click here: